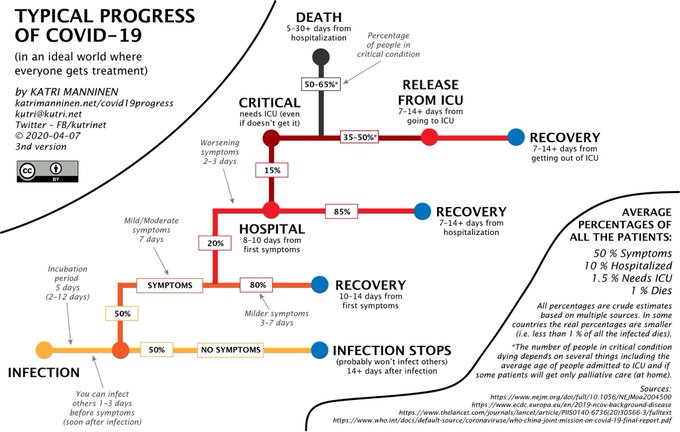 There's a first branch on this particular tree- whether he actually has it or not.

But assuming he does, he has reportedly advanced the first 50% probability to symptomatic.

From there, 20% probability of hospitalization, typically 8-10 days after onset.

Then 15% probability of advancing to critical

and 50-65% chance of fatality from there, generally 3-4 weeks after onset.

Although that's the average. Undoubtedly worse for an obese and sedentary 74 year old male with likely neurological pre-existing condition.