well that explains a lot of things

The study – Testosterone Administration Induces A Red Shift in Democrats – was published on November 14th, 2021 by Professor Paul Zak, the Director of the Center for Neuroeconomics Studies at Claremont Graduate University.

“His research has made a substantial impact in explaining the variation in human social behaviors and has been cited by other scholars over 18,000 times placing in the top 0.3% of all scholars,” explains his professional biography.

Zak’s latest findings reveal a link between testosterone levels and political preference through analyzing 136 voting-age males throughout the 2012 election season.

“Our results demonstrate that testosterone induces a “red shift” among weakly-affiliated Democrats,” summarized the paper.

It's been years ago that I noticed and commented on the "low T" among the fruitcakes.

Nice to see it get national notice.

Go get your shot there Icky. I will make a real man out of you! LOL

Re: Testosterone rage is well documented

Notice he reported "weakly affiliated Democrats", the logical extension of this idea is that the irrational hatred and unprovoked violence commonly exhibited by the radical right is due to excessive testosterone levels.   Maybe we could monitor testosterone and predict violent perpetrators before they commit their crimes.  I wonder if the number of wife beatings & murders would decline.

So what does this say about the political implications for the effeminate little Nancy boys living among us?

Not that there is anything wrong with the particular political choices of those effeminate little Nancy boys living among us, of course.

Re: Testosterone rage is well documented

Judging by the recent Democrat congressional votes, and joined by strong Republican (i.e. neocon) contingencies to send an additional $40 billion to perpetuate the Ukrainian War, I would guess that testosterone levels are at best loosely correlated to one’s courageous desire to fight proxy wars with other people’s lives, other people’s property, and other people’s money.

Some say that Buchanan was probably gay but after him, Trump was clearly the least masculine POTUS in US history.

But the anger and resentment he exuded was irresistable to trashy guntoting porniewankers.

As far as what probably is a large number of women he's boned (and untold number of abortions) I'm certain that not a single one found him personally appealing. That would be impossible.

As far as the ubiquitous misogyny of RW culture, that fact does indeed not speak well of the entrepreneurial leanings of many of the fairer sex. Like each of his wives, for instance.

So sad. And trashy. 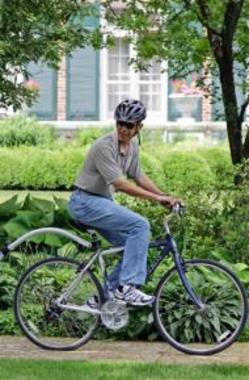