what I said about economic polls

re: a poll around '11 which simply asked whether you thought the economy had gotten better in the last couple of years. A solid majority of black voters said yes, a majority of white voters said no. That, even though clearly by any objective measure it had over the stated timeframe.

Clearly the economy is better at the moment than it was a few months ago. But I guess if you've heard that somebody's sayin' that we'll have hyperinflation, bankrupt our grandchildren (just like they were in '11) then you'd think otherwise. 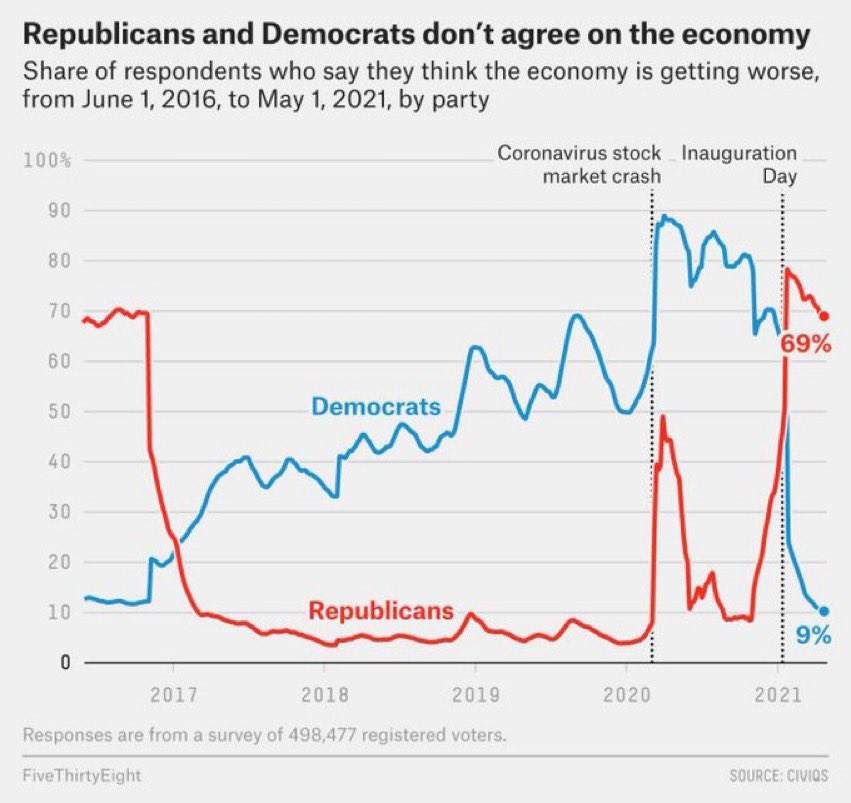