Little talk of it this early in the election cycle.

This is not intended to make heads explode but it will. Small chance that Trump is re-elected- he's underwater by more than 10 points in WI, PA and MI where he previously hit a royal flush on an inside draw by a total of 78K votes. That's a tall order and it might be worth considering what that would mean.

Trump will probably sign a bad trade deal with China like he did with NAFTA and claim victory. But a lot of damage is done and it will have a long tail. No telling if the executive hush money payments continue, or for how long.

The only thing I've heard from Ds was from Warren, who proposed breaking up the chem/genetics cartel. That's idealistic but I'm not optimistic. It is a global market and it takes a lot of capital to turn out new GMO events every year. We'd probably just favor places like Ukraine and Brazil, where the CIA helped put a fascist government in place and they'd happily plow the Amazon and plant anything.

The fertilizer oligopoly is even worse ($2 natgas and $500 ammonia!!!!!) but again, it is a global market. Funny how the Kochs et al managed to wrangle the last of the fertilizer production assets away from farmer owned cooperatives just in time for the boom.

So we are a very mature industry with declining, and damaged, influence. There will probably be consequences for being viewed as 110% in for the most unpopular POTUS in modern history.

The good news is that farmers owe those cartels a lot of money and the cartels also need for their herd of cows to be adequately fed in order to extract excessive margins. You also got the Charter School Private Farm Program crop insurance corporations that will be part of a powerful lobby.

The interesting things that might come from the D side would be more on the green side. There's room for some long term retirement of a fair amount of very marginal land that was brought into production during the boom but I assume the above mentioned lobbies- along with big animal ag and ethanol, want those acres planted, so might be a tussle. Don't know.

The key piece above, I think, is declining and damaged political influence. 4% of Iowa is farm operating families, maybe another 6% are landlords are directly employed in production agriculture. Somebody's bound to eventually figure out that rural development no longer means farm payments. Might be some good things happen for rural communities but maybe not so much via the fiction that the money runs through farms.

Democrats won`t owe farmers anything if November 2020 brings about the apocalypse with a Biden/Harris ticket winning.  Those producing hip-hop music will have more clout than those of us producing corn & hogs and other daily required products, under a Biden/Harris administration.

And look, how hard would it be for a "expose` piece" on farming in America today?  Talking about how "rich" we are and how our votes never contributed to a progressive agenda.   We tile the land causing flood down stream drowning "the poorest of the poor", we spread manure and spray chemicals that go in the drinking water of the "poorest of the poor".  We employ the undocumented "poorest of the poor" and animals get abused on & on.  The rural red states could easily be painted as worse threats to the environment and public safety  than a coal mine owner and a NBA team owner combined....we are "Steve King" and liberals in power with a hammer will pound our nails flat.

Don`t be expecting any Uncle Sugar money in the year 2021, we aren`t needed, electoral votes like points on "Who`s Line is it Anyway?, won`t matter.   A Wyoming congressman`s position will be purely ceremonial.

Demographically 2 smart people die and 6 dumb people are born or are granted citizenship everyday and the the dumb people`s votes are every bit as valuable as the 96yr old that once stormed Omaha Beach that passes away in a wheelchair a day before the election.

But I`m not the only one that observes this, the AOC crowd sees our wealth as a untapped source of revenue to fund their urban renewal projects along with the "Wall Street speculators" ...all of us are on the menu.   "$3 corn...whatever you`re rich!    Here`s your tax bill, Sucka"

Smells like the University Bull Test Station around here.

Those folks who stormed Omaha Beach were mostly FDR New Deal Socialists and after the war they and the government built the middle class.

Things started to get dicey in the 70s when the social contract of Affirmative Action for White Males Only began to fray.

The 96yr old Normandy hero with Kraut shrapnel in his leg has to be wondering "How much worse would things be if we just let the crazy little guy with a moustache take over the world?" when he sees the two dozen dwarfs competing for the job of commander in chief.  Results are the same, we just delayed it 70 years.

You inherited a farm. Could be worse.

Getting onto thin ice as far as being too political for this page but I also note Trump underwater double digits in IA which isn't probably enough EC votes to be pivotal but is suggestive about the significance "farm vote."

Ernst looks pretty strong, which speaks to one of the political scenarios I lay out in forum.

She had the biggest chunk of NRA bucks in a Senate race ever in 2014 and they are deceased, but I'd be confident that there will be some outside group come in with a bundle. 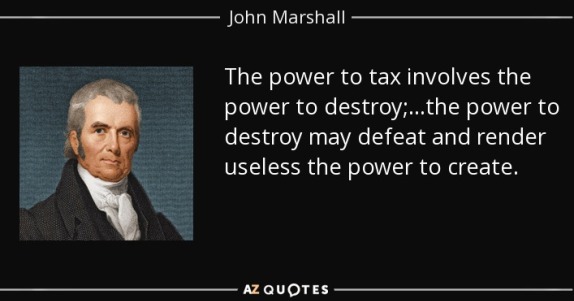