Good Morning.  Rain makes grain.  ECIN has a great update from IN on my weather update from yesterday.  If you haven't read it, you should.  Thanks for the update, Ken.

Rain makes grain when it can be utilized by the crop.  Excess rain, as we have seen in NE, MN, WI, IA, N IL, and probably other areas will have consequences at the end of the year.  The two biggest issues, N leaching and a shallow root system (combined with compaction of the soil and loss of air in the soil structure).  And although we are looking to dry out for a bit, the damage has been done.  Many acres will be lost due to flooding and corn sitting in water for extended periods of time.  The crop being sold lower at this point because rain makes grain is giving buyers an opportunity to price in some low priced grain.

And beyond this, I won't even talk about the beans right now.  The only saving grace is that when beans are underwater, they don't get hailed out as easy

We had 1.5 inches at Cannon Falls again last night, and the sun has finally come out this morning.  Probably a more telling map is this of the weekly precip:

Those are some impressive totals.  Some lakes here in MN are at all time highs right now, with flood warnings still posted over much of MN, N IA, and W WI.  Maryland looks in good shape this morning though - maybe they can pull us through like last year

We're about to enter a less rainfall period though, as the jet stream becomes less active over the US for the next 7 days.  Here's a shot of next Wednesday's jet stream:

But then, by the following Monday, we look like this:

With an active Jet over the Midwest, the Gulf staying open, and a low level Low that sneaks it's way through the High pressure blockade in the Pacific, we look again to return to a rainy period for the Midwest.  This is a low level forecast for Monday, 10 days from now:

The area of rain in Canada will probably connect with the Low in the Panhandle areas, and give most of the Midwest rainfall around the first of July.  With the Jet stream where it's forecast to be 10 days from now, an open Gulf, and this Low pressure complex, would once again make for a stormy period, with a fair amount of rain.  At the same time, the temps begin to heat up in the Central US, with the ability to carry even more moisture in the atmosphere.  Maybe we should be looking to build an ark......

I just got some disturbing news.  A friend of mine that I used to work with at the Minneapolis Air Traffic Control Center was killed in a plane crash in Montana. 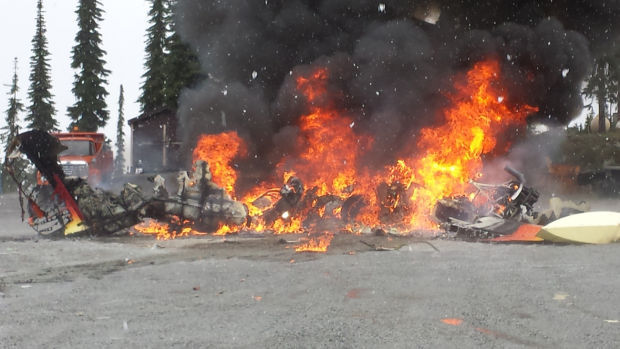 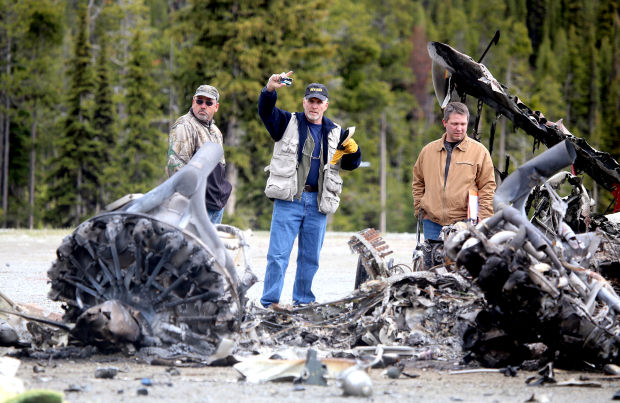 His name was Mike Blume.  He quit the FAA years ago to pursue his flying career.  He was killed in an antique Grumman Goose, a large twin engine amphibious.  He had been flying fisherman to resorts for at least the last 15 years.  He was a good friend, although I hadn't spoken to him in quite a while.  He died doing something that he loved.

And though I know it's not marketing related, none of us know when out time is up.  Take some time today to hug your loved ones.

Thoughts and prayers your way Jen - and to his family  ,

Before I got to what type of plane it was  , I was thinking - big round motors ? then I seen what it was .

Not market related but , just a  reminder to everyone to be safe. Our community just lost a 30 something year old father  in a grain buggy  accident  yesterday got caught in the aurger.

Jen any ideas as to what happened? Shame that things like that happen to seasoned pilot.
0 Kudos
Share
Reply
Highlighted

He was alone ferrying the aircraft from Minneapolis to somewhere in Montana. He was flying through a pass on the East slope of the Rockies. Eye witnesses said it was snowing, and when it emerged from the clouds, the aircraft was spinning and just fell out of the air. It sounded to me that the aircraft stalled, probably because of a build up of ice, and the aircraft went into a flat spin that was not recoverable.

I remember the day that this guy talked down a pilot over ND that was not instrument rated, and got into IFR (instrument flight rules) conditions. He saved that pilot and his passengers on board by entering his flight instructor mode, and from his seat in Minneapolis Center, he was able to sit in the right seat of that aircraft, and gave that pilot enough confidence and skill to get him and his passengers down safely. Pilots make the best controllers, I truly believe that. I didn't need to fly when I was controlling aircraft. I knew what these pilots were looking at from my seat behind the scope. And I was always in the right seat with them. There was a big difference between those of us that were pilots and controllers. We all saw the people we were talking to as family. The non-pilots, for them it mostly varied between just another voice to answer on the other end of the mike, to the pilots were the enemy and we're not to be trusted. Mike was like myself. And we had a hard time convincing the non-pilots that these were our customers, and that letting them sit on a taxiway with prop(s) spinning, when you had a rule that allowed you to release the aircraft, was, in my book at least, incompetence in the job performance. The answer was always the same - they didn't feel comfortable releasing the aircraft because it was easier to let them sit on the ground than risking a violation on their part if something went wrong. Yet, if they had asked for and gotten extra training, they would have been able to release the aircraft and know it was a good clearance. Mike and I came from the pilot world. Extra training wasn't a sin or looked at as being "weak". If you knew you had a weakness, you went out and got the training necessary to improve, because you knew that someday it might save your life. My guess in this instance, the 30 - 40's vintage aircraft wasn't up to the task of that pass on Tuesday, and Mike got himself into a box that he couldn't break out of. God speed Mike......

YouTube has a narration of an atc talking a novice pilot down after the pic had a heart attack. Amazing. My brother flies commercially out of MSP so I have heard a few of the stories where atcs have gone above and beyond. Thank you for your service as I think often of his safety. My dad passed away in 2005 and he would have been extremely proud of looking up and seeing the con trails from my brother's plane. I enjoy looking up also and seeing them in route from DFW to DEN as that route goes directly over the farm.
0 Kudos
Share
Reply