Somewhere I'm sure there's a nice patio table at a coffee shop where bitter old farts can sit socially distanced and complain about being The Real Victims and mutter threateningly about guns and ammo.

)  I was preaching that $6 Trillion was the point where there isn`t enough money in existence to service (in real terms) let alone pay off the debt....something about imagine only $10 in existence and it was borrowed, where do you get the "11th dollar" to service your debt?  Yes, over 20 years we`ve pulled rabbits out of hats ( O% interest Fed balance sheet, exporting our inflation through free trade, ect)  but as we see after 20 years chickens are coming home ready to roost. (could`ve perhaps squeezed a few more years out of the Ponzi scheme had 9/11 and the recent panDemic occurred) not happened .

But yeah, when Dick Cheney said "deficits don`t matter...we owe it to ourselves" I grimaced, but I`m just a farmer....told ya so, I guess.

BA- I guess that by looking your chart over and comparing the last four years to the previous four...

Granted, I also paid off ALL of my debts (mortgage, vehicles, equipment and revolving) in those previous 4 years.

I would be apprehensive about taking on any debt with this regime in power- they seem to flip-flop policy on an almost daily basis.

When we get time we should have a discussion about statements that are idiotic nonsense and rate them in degrees of lunacy.  In the top ten of that list we will surely find “ they bought farmer votes with usda handouts”— if you ever read that or hear it, use that publication or speaker for toilet paper after you swear to never listen to him again   There are retirement trailer parks that have more voting power than farmers in the US.  There is only one reason to subsidize a crop—- to make sure it gets planted—(or sold)

There were a few candidates for dumbest statements in the debate last night — one of which is “that’s not true”——- how on earth are we supposed to believe a career politician knows what is true and what is not.  It’s not very nice important to any of us. Like building a wall to secure a border.  It’s always been a debate over how to deal with drug addiction.  Some want to take away the addictive agent and others vote for the easy answer “more drugs” till we overdose our way out of the problem.  Some believe addicts are lost and others believe those who can afford their addictions aren’t addicts at all.

Maybe the voters are trying to tell us we can’t afford our political addictions.  Read social media—- we are incoherently addicted to something— maybe we’re just allergic to responsible behavior.

There isn't any incentive to solve problems or cure diseases and make them go away.

Too much money to be made treating the symptoms.

Powermajor, the only thing that remains the same is change.  I would love to put 2012 in a bottle (200bu yield, $7 off combine, 15.5% moist, $1400 gross per acre) others that were actually effected by the drought and or contracted $4.50 corn probably don`t look back as fondly as some of us do.

It`s said of long term production of commodities, the price eventually always falls to just below cost of production.  You have weather spikes in price, short term demand spikes, however do you contract $4.50 corn when it might be a spike that will go to $8?  That`s what gurus are for "Sell at $4.50 and buy a put, make a lot of small sales to have a better average".

Try and be a low cost producer so you breakeven at $3 and make a hell of a lot of money at $7.  Some have bins and hold it until they get the price they want, it might take storing 3 years, but you`ll be big stud at the coffee shop the day you pull the trigger.   Storing grain isn`t in my skill set, good man knows his limitations 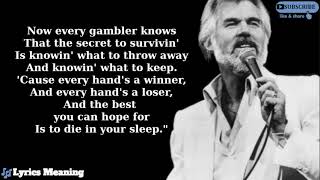