China's mainland has become so nationalistic, with their media portraying America as Public Enemy #1, that their new meme is to physically destroy/ransack the White House ... except they aren't exactly sure what the White House looks like.

And NO, it's not because of the trade war, it's because Congress stepped on China's toes by passing the "Hong Kong Human Rights and Democracy Act," so 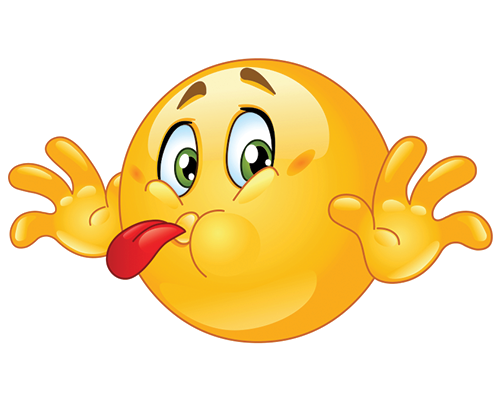 But it leads to the question:  With that much nationalism, how can their government ever sign a trade agreement with the U.S.?

Here`s a must see video of Kyle Bass and General Robert Spalding explaining the "2 Chinas" with the controlling China seeking world domination, to cut to the chase, go to 16:30 and it`ll whet your appetite you`ll have to watch the rest.  The people of China are not the issue, they couldn`t care less if Americans voted for Trump or whatever, they are props for the communist ruling party.

An Israeli doctor discovered a grisly discovery when his patient announced he was going to China for a new heart next month....welll, it doesn`t work that way.  When a new heart is available for transplant, you have hours to get on a plane and get the organ.  So these "parts" are from Chinese prisoners, a political prisoner in China is gene tested so there`s a organ inventory in their prisons.  I really don`t know if we should be throwing the keys to the world`s city all to get 10¢ more for our beans.

According to our many Chinese friends, not so long ago, it was not uncommon for someone in China to sell one of their kidneys in order to purchase the newest of iphones.

The average Chinese person doesn't really get involved with politics -- mainly because the general population does NOT elect people to public office.  BUT their media is really pushing the "America is the reason your food prices are soaring" -- so their govt is giving them a 3rd party to hate -- the oldest play in the book.  The Democrats are doing the exact same thing using Russia as the scapegoat to distract the U.S. population from their shenanigans.

What's kind of interesting is apparently throughout history, whatever ruler ruling China at the time of a Grand Solar Minimum has always "lost the mandate of Heaven" during the GSM.  And apparently the area where the Uighurs reside is now becoming very fertile land once again because of the increased rains, while other areas are having crop failures, and it is being said that the Chinese govt wants to control that potentially very fertile area without Muslim interference.

Seriously? The Democrats are mistreating the Russians? What is your information source?

ddt---spin and act neive ------ Russia is an easy search in the press the last 3 years..... The "source" claims have been elaborate on "Russia" something.....  The democrats are the media.  And there is no verification of the narrative they profess.

I wish 30% of our population didn't envy chinese citizens and ignore their citizen responsibilities.

The "source " I reference are the synopsis of US intelligence services reports, sources like we used during my almost 30 years of military service when we targeted many of our now trading partners with weapons of mass destruction. Rather serious stuff I'd say. The media I refer to use the information from these sources for clarification.  If  I'm assigned to put the lives of millions at risk, I'm going to have a strong level of confidence in my information source and be able to differentiate it from some BS you hear at the coffee shop or from some tweeter. That's how I get around being naive.

Just because you strongly deny, and with your last breath believe  you have not  become an agent of those meaning to do the USA harm, does not mean you are not used as one by our adversaries. That's all I'm saying.

The statement you commented on said------"Democrats are doing the exact same thing using Russia as the scapegoat to distract the U.S. population from their shenanigans."

Political poppycock does not equate with millitary intelligence.... nor use it as a source.

The statement refers to the BS you refer to------- Your first paragraph is a whole different style of BS.

Sorry , ya lost me.... It sounded like you were changing the subject.......... which probably needs changed.  I doubt the public has anything close to a "synopsis of US intelligence services reports"  ---- but if we do then lets not hand them to congressmen who think the midwest voter needs targeted.

No one, and especially a SF marketing contributor , should or needs to have access to that "source" ---- why would you even suggest it.    Does the military service have it's own "media" service to keep its millions of followers informed?

Not to patronize you but you should know that a long serving officer or high ranking NCO would be regarded as a member of the Deep State by the majority here. Only militia members and homicidal war criminals are considered patriotic.

One big rub would be that our military 100% believes in "the global warming hoax" and long range strategic planning is set accordingly.

The AGW hoax hoax was the intial pathway to a lot of these guys becoming nutters and now they are anti-American and pro-Russian.

The topic really triggers them big time, too.

@ddtfarm1 No disrespect intended, but do those 30 years of intel you reference cover the the same kind of "reliable intel" that Bush Jr used to justify his "weapons of mass destruction" invasion?

The same kind of intel that we now know was faked in the "Syria released chemical weapons" theme?

The wretched minions in government for many, many decades have used proven-to-be false flags (example:  Gulf of Tonkin) to play the American people's psyche to try to get public opinion behind their shenanigans, which has cost tens of thousands of American soldiers' lives.

Riddle me this:  IF Russia bought as much corn and soybeans from United States' farmers as China once did, would you consider Russia as an enemy or a friend?  Would you refuse to sell your corn and soybeans to Russia "because they're our enemy," or would you do what so many here do re:  China -- plead like Tiny Tim "Sir, please buy some more."

Right now, at this moment in time, RUSSIA IS NOT AMERICA'S ENEMY.

There is a Russian who posts on YouTube regarding gardening -- he tells people how Russia has been preparing for the GSM for decades because they have known massive starvation, they know this is coming, and they never want to know starvation as a nation again.  He gives tips on which crops will grow in the cold, how to make sure that the soil produces even in the coldest and extremes of bad weather, etc.  The one thing that stood out is that he mentioned that the Russian govt has indicated that if America continues on this "hate everything Russian" meme, that they will NOT help America food-wise when it becomes too cold and wet to grow anything here in the northern half of the US.

Anyways, for the "inclusive party," Democrats sure hate an awful lot of people.

Back in the day many of the same folks here and at Forum were all in on GWB's intel and considered anyone who thought otherwise a communist.

I don't know your history on the matter but I am skeptical that you're not just another troll.

Our POTUS was all in, until he wasn't.