Representing 2015 is the yellow line..

Appears middle of June is when both contracts show reversals- 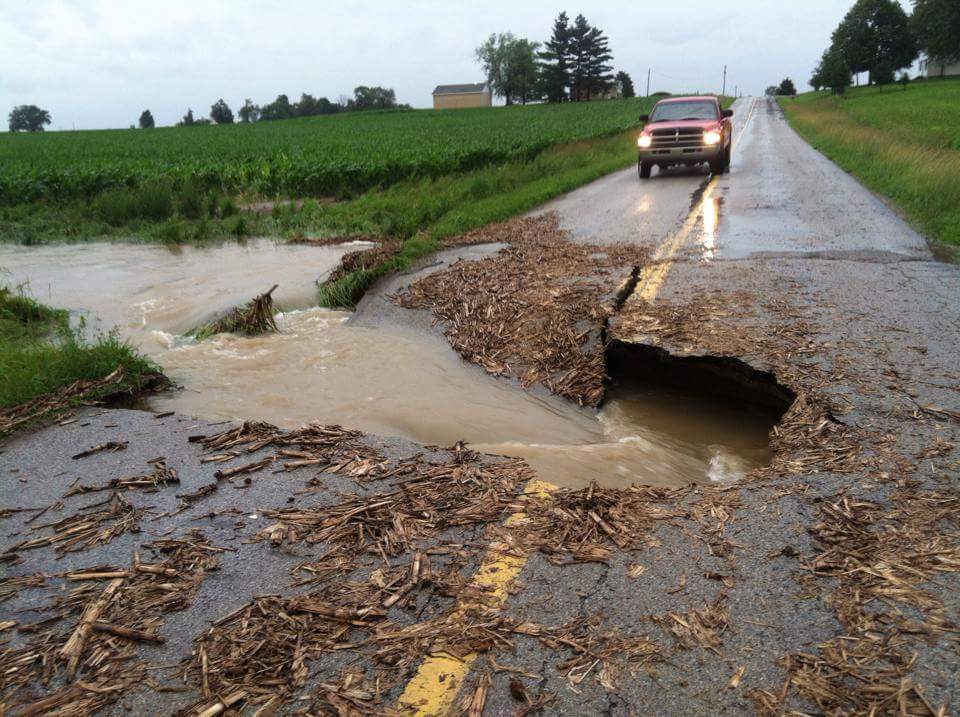 i tend to think there's a Lot of supposed corn acres in the S that just are Not there now.

just work your way s of the MO State Line clear to the Gulf.

( feel the same on several other crops 2 )

keep in mind All the "planting intentions" on J 15 were likely honest....just not physically possible.

Just for balance...the corn in the field on the left clearly has good yield potential...and can't run out of moisture in July...so it just needs a couple of rains late July, early August, and the fields averages 180/200.

Someone should also point out that the price of corn in Sept was below today's price. Bullish indeed.

The nitrogen loss is imminent in that corn.  Just pointing that out..............The chances for top yields in that corn are gone.  Respectable yields might still be possible....with perfect weather.  I might add that we are just scratching the surface on the disease factors in these waterlogged crops.

It looks like good corn to me.  The .025 percent of the field is gone but the rest will yield good.  It sure wont yield like 2012.