If you buy into a "Mad Max" world in the future, then many things might be possible, but you can`t build churches with the expectations that every Sunday attendance will be like easter.   And "peak oil" if not proven wrong, certainly put on the backburner (i doubt big oil would sell $60 oil if they were running out soon).

What amazes me is someone comes up with a goofy idea and there is no shortage of money pouring in, that blows my theory that there`s no longer any stupid rich people left in the world. But it is not smart vs not smart....... we are throwing cash at these pie in the sky theories for one reason only.

Because, It is all borrowed money.  IMO, being irresponsible with other peoples money is as corrupt as it gets.

Example for how corrupt, such as the waisting of billions of dollars of borrowed money on knott brained climate theories,---- it is usually accompanied with the assumption of human brilliance by folks who can't feed themselves.

I won`t mention our local "ag scams" to protect the guilty.  But Elon Musk and the Tesla .."OOO it`s so coool!  and it`s greeeeen and saaaaaves the environment OOOO I just get a tingle up my leg like the first time I saw Obama!" .   Well, the Tesla would be like the Edsel or the Yugo if it wasn`t for government subsidies.

All this flavor of the day the government throws money at it, gullible investors pour money in and some snake oil man comes out of it joining the glut in the world`s billionaire boys club.  They have the governor on speed dial and some run for president, cause after your first billion, the others come easy.

For God sakes, you reptile, blink! 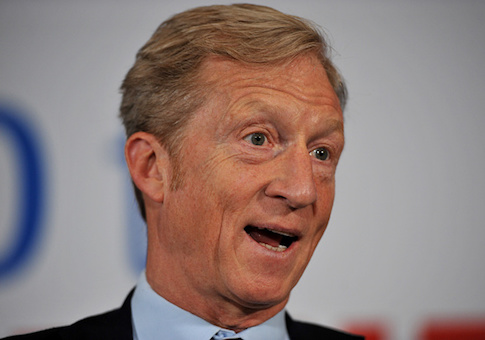 a good example BA, of the emperor has no clothes syndrome is the recent release of the elon truck.....

Naked as a babe it set there and somewhere in sw ks there was a laugh...... but it is a gretta poster child and the press applauds tinker toy innovation.

TiFs are a can of worms, how do you make sure that after a company sucks a county or state dry, they don`t pack up and leave for greener pastures? And are you funding competition for already existing businesses that`ve been loyal since the rail was laid?    I think if you have a boarded up mainstreet and nothing to lose, maybe TiFs have a place.

But look at Tesla, a subsidy company that just so happens to make electric cars.   The rich Bigshots that buy them get a $7500 tax credit and whatever else Musky gets.

But let's focus on just the subsidies now. Let's put them into context of Tesla's $312 million reported profit.

These subsidies to Tesla fall into three main categories:

That's the easy part. The numbers are right there, in the 10-Q -- even if Tesla conveniently didn't disclose the non-ZEV part in the Oct. 24 press release. Only one week later in the 10-Q.

But what about the FIT credit? This is the (up to) $7,500 per car that a buyer can deduct from his or her annual U.S. federal tax liability, assuming the person has any such liabilities. If the car is leased, the leasing company collects the $7,500 and lowers the payment to the lessee with a corresponding amount over the lease term.

So I will ask my normal "dumb" question.   If our congress and federal employees give an economic gift and subsidy to one competitor in the transportation industry, and in turn promise that competitor to destroy the other competitors with unattainable regs. of economic proformance,  why on earth do we in the midwest hold to some idea of a competitive economy, fair market, mumbo jumbo?

Remember when a famous rich politician claimed the "Chamber of Commerce" was a criminal organization?   I think our civil servants, elected and hired, with the approval of our elected representatives have been picking winners and losers in our economy with reckless abandon since 2008 when the congressional conscience was glazed over by making taxpayer dollars endlessly attainable.  Our government conducts itself more "communistic" that China's ruling party.

I thought Musk's rock throwing stunt was interesting.  Like a statement to the american public that says, "I am the chosen winner here and no matter what I do in this demonstration on an unpainted tonka truck, I will be applauded and you will buy it........in fact you already have!"