Here`s the real facts in case anyone is interested in facts anymore.

Whole milk consumption has plummeted in the United States, falling 40 percent since 1975. Modern non-dairy alternatives are commanding an increasing share of the market with sales of alt-milk up 8 percent to $1.7 billion in the year through January 26, according to Nielsen. The scale of the dairy disruption is evident on the following infographic which shows how U.S. whole milk consumption has nosedived. Back in 1975, milk consumption per person averaged 247 pounds according to the USDA and by 2017, that had fallen considerably to 149 pound

Illini, the Republicans were the problem, there was no excuse for not repealing Obamacare and building a $50 billion wall.  However with in the Republican ranks there are RiNOs and never Trumpers that want globalism, open borders, socialism...they would`ve far sooner that Hillary won and made deals with her and excuses to their base.

The milk consumption issue can be layed at the feet of Congress ruled by the left, and their puppet Bush takeover of education.  Along with what followed ... Congress and their employees sending their own children to private schools where they drank milk and still learned something.  The public schools continued down the path of social propaganda that somehow linked milk with three parked cars and a chunk of red meat.  After circling the block convinced that a carcinogen could be found .....taught children to be scared of the best food supply in the world and doubt usda's history of food safety and nutritional advice.  Usda proceeded to feed the poppycock by giving into nonsense (uneducated) neutrition "terminologists" who proved that "a lie travels around the world before the truth gets its boots on".  M Twain.

Im just rereading this article and seeing a couple of other things....... No store brands and some of the oldest in the midwest.  Meadow Gold was big in kansas ........ 50 years ago.  Organic or health foods brands ??  Selling opposing brands in the same store??  The trap of growing the "brand".

This has the appearance of a coop consolidation.  Or JD forcing their Dealers to absorb the failing competition..... seldom a good move.   Or health insurance wanting to grow bigger by absorbing the uninsurable.

Who will buy it all out.    Amazon Prime maybe?

RINOs and N-Trumpers should create their own damn party.

Funny thing about the word "Neocon" -- Neocons originally were disenchanted Democrats, who then mutated into war-mongering RINOs

2 : a conservative who advocates the assertive promotion of democracy and U.S. national interest in international affairs including through military means"
0 Kudos
Share
Reply

Never Trumpers want open borders for the cheap labor and they probably own a share of a business located in China or Mexico for the cheap labor....either that or they some how indirectly benefit off of globalism.  To them they don`t care about gun ownership, property rights, social values...just the almighty buck.

The funny thing, during Bush and during Obama, I could talk to liberals about wages and foreign competition and ownership, that was our common ground to avoid talking about  "God, Guns and gays".  So we get Trump in and he`s doing more than any president before on the forgotten working person`s plight...but because of Trump hatred now liberals Loooove ethanol, liberals Loooove China and free trade.  Now I can`t talk to liberals about anything without ending up in fisticuffs.  Heck, liberals want to go to war with Syria and Russia, they`ve totally lost it.

Can you imagine the head spin if the gullible masses ever figured out why we actually went to war over Syria and decimated their country??!!???

It was about a natural gas pipeline/natural resources that multiple entities wanted to flow through Syria and Assad said, "No," (which has a lot to do with the Sunni/Shi-ite religious wars that constantly go on).

Anyway, the pipeline was going to rival Russia's and go into Europe.  The multiple entities/globalists got America on board to do their dirty deeds, and the reason that Russia helped the Syrian govt to win the war and fight off Obama's minions known as ISIS.

That's what it was all about.

I knew this way before the date of the following article because I had research the "whys" as soon as the globalists announced America was going to help decimate Syria.

The reasons for the Ukrainian govt overthrow and the resultant variables that allowed the  Bidens, the Clintons, and their henchmen to pillage the Ukraine is also another interesting tale of crappy globalist adventure.

Those that win wars write the history books and don`t get in a fight with someone that buys ink by the barrel.  That last truism might be a bit dated but the sentiments the same.  You don`t tow the global line and all of a sudden the headlines are you gassed children and were at Epstein`s party. 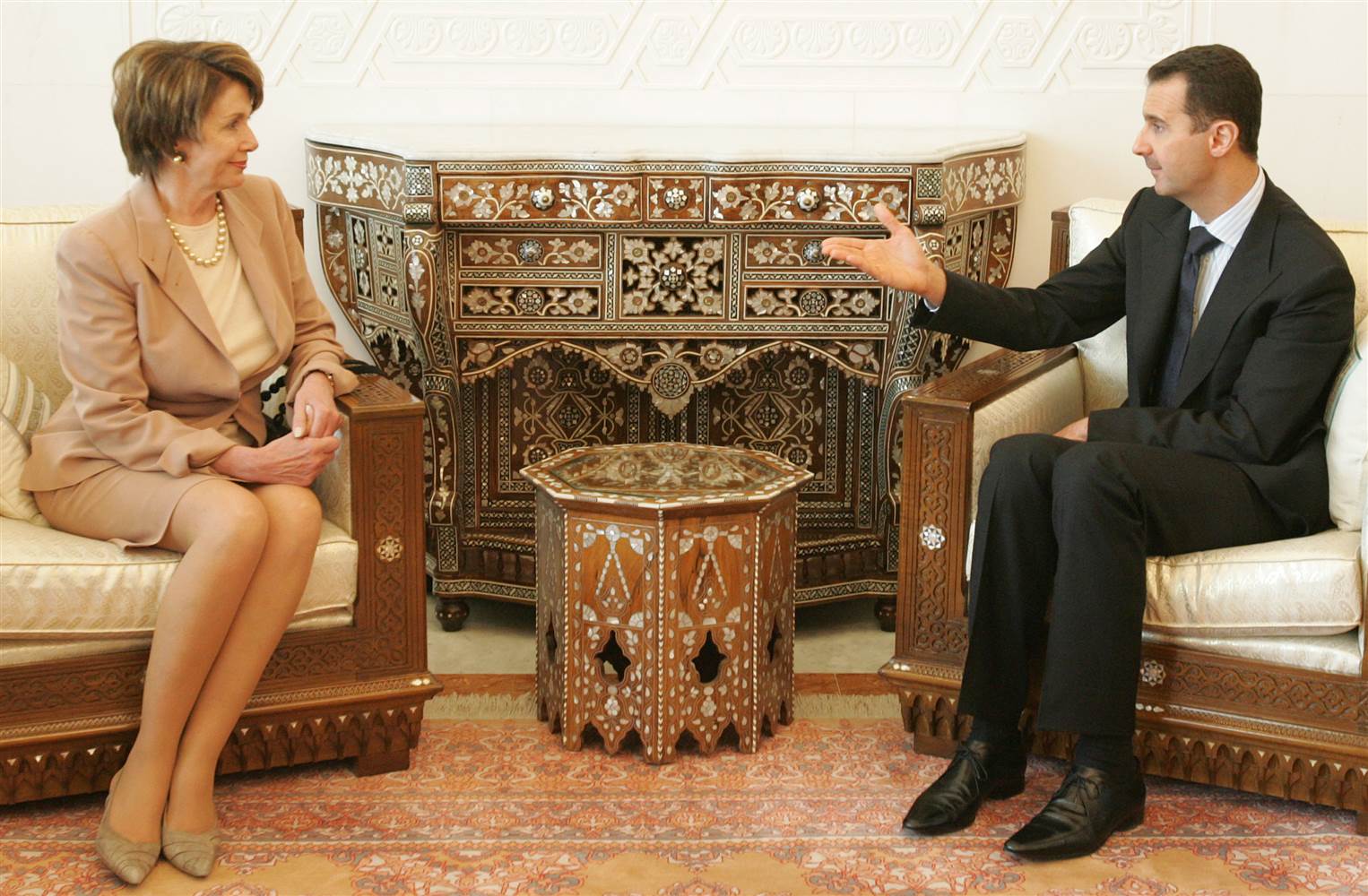 There was a time in the post war period where the USDA's over emphasis on milk consumption had a patriotic element to it- it supported our family farms and our neighbors.

Now it is just another big business which is primarily just another feed customer for the commodity crop producers.

I'm nonetheless sympathetic to family dairy farmers (some with 1000 or more cows) and hope they can figure out how to develop new markets.