looks like it may indeed grind to what I think will be only modest new lows before it once again gets overshort (already pretty darn short) and someting triggers a short covering rally.

Fed wants it low- both primarily and secondarily. They're rolling their treasury portfolio out to longer maturities which will cap long rates- which haven't backed off but aren't going anywhere.

Still don't see 'em anywhere near able to drive it the DX to 70 like Bush did.

I don’t think that the dollar is going to rally much until the bearings burn up in the printing press and they can’t get any replacement ones because too many people are getting too much money from the government and they don’t even have to go to the mailbox to get it. Of course my opinion is just that.

Yes, many farmers over at Forum who were radicalized by the indignity of having to stand in line at the FSA for their checks. Still mad a couple decades after direct deposit.

Don’t think the dollar really breaks to the upside until long rates rise more, which I don’t think happens until enough economic pressure builds to overrun the Fed’s efforts to keep them capped.

And of course when there are extremely negative real interest rates it remains buy everything that is or isn’t nailed down time.

The more interesting scenario to me is what happens if everything that can be bought has been, plus some, and just quits going up even before the Fed can pivot.

The more interesting questions are on the monetary side rather than fiscal, I think.

Saw an article the other day where the author claimed that "We don't have inflation because it's not that prices are going up, it's that the dollar is losing value." Genius!! With idiots like that, who needs CNN?

Problem with arguing over the dollar index is that it is measuring against other currencies, many of which are also being inflated. But the dollar is a gold substitute. Originally, the dollar was set at 1/20th of an ounce of gold. It took until 1933, but eventually the supply of dollars was going up faster than the supply of gold, so then the dollar became 1/35th of an ounce.

In 1971, again the supply of dollars outstripped the supply of gold, so the fixed exchange of gold and dollars by the treasury was ended. But the dollar is still "backed" by gold - the government owns 8000+ tons of gold - but the exchange rate fluctuates and you have to go to a coin dealer to trade dollars for gold or vice versa. Today, the dollar is only worth about 1/1830th of an ounce of gold.

Try another way. In 1960 my dad graduated from the University of Minnesota with a mechanical engineering degree and took a job with Honeywell for the enviable salary of $2000/year. A year later they bought a little 3 bedroom house for $6750. But the 60's and 70's were a time if inflation, and by 1972 a new car cost what his original yearly salary was - a 4-door Ford LTD for $2000. My starting pay when I got out of school with an engineering degree in 1983 was $21,000/yr.  My daughter will graduate from SDSU next year with an engineering degree, and will probably get a job offer in the $60-$70K range.  So the dollar has and will continue to erode. It is not sound money. But as long as it can be exchanged for gold, it continues to be a workable gold substitute.

My favorite line from the 2nd "Back to the Future" movie is when the mayor's grandson advertises a hover conversion for a car for "Only $39,999.95" and it's meant to sound outrageously expensive.

Once upon a time, the penalty for debasing the nations money was death.

For the Dollar to be "strong" all it basically has to do is better than the Pound, the Euro and the Yen and voila! the Dollar is 1.30 or whatever, hence the saying "cleanest dirty shirt in the hamper".  As far as "runaway inflation" all the Fed has to do is "take away the punchbowl" and voila! whoever`s in office becomes the new Herbert Hoover ...but "no inflation" if that floats your boat.

There`s a danger though that the Fed will over do the printing and stimulus and even if they take the punchbowl away, there`ll be enough booze on the floor to be licked up to keep everyone buzzed.   Then you could have "stagflation" where everyone can say "I was right!" and still be miserable.

JMO I think the paperclip will be bent back & forth until it`s ready to break and then the talk will be "we need a great reset and a global currency!". My opinion, that is the end goal, farmers will be told "No more currency manipulation! level trading field!" and everyone from the Club for Growth to the Club of Rome will cheer for it.

Help Wanted signs numerous places just about everywhere you go. Hard to complete with a printing press. And I don’t know of any farmer in my neck of the woods that quit working in fact I would venture to guess that the majority of the ones that did quit are probably helping another farm or business unless they quit for health reasons.

I hear a lot of talk about folks not working because they are getting extended UI. I don't personally know of any of these, but I do know of several ( me and my spouse plus others) whose job melted away over the last couple years just because it did.  Being old  enough to retire, plus enjoying the stock market returns, and with mandatory retirement payout, taking another job makes no sense. However, since we are not institutionalized or disabled, we are still considered among the eligible workers not seeking employment according to the research we have done.  I wonder how many folks are classified like that but will never be employed again? We still have a limited number of able bodied folks in the area not working full time, but for most of them, that is their traditional family work policy, or meth sales are more financially rewarding.

Everyone's experience is the same. I remember back in 1969 Papaw would not sign the guarantee so that Dad could buy an adjoining 160 for $400/acre. Too risky. Child of the depression you know. Every family farm has a story of the one that got away, or the one that ended the farm. I know no one who thought the level of currency devaluation would get to this level of insanity in America.

Just mathematically, this has to end badly. You are all correct, the dollar index is meaningless, our shirt is pretty dirty at this point! Value the dollar in terms of JD4010's, or any collectible, and you'll find it is declining rapidly :-)  Yep, that ole worn out 4010 with 10,000 hours has gone from scrap to a "collectible" investment :-)

There`s much to unravel in individual employment/unemployment cases. How many sign on a new fulltime job and that 40 hr/week turns out to 30 hours and the promised benefits never materialize?  Maybe some employer`s "eyes are bigger than their stomach" when they actually find someone to hire.

Then the meat packers "make $800 a head!!!"  I have no love for packers, but how is that $800 profit figured?  Because of Covid regulations I`m sure their labor and other costs have went up higher than pre-covid.  Also headlines of "Plans to limit American`s meat consumption to 4 ounces per week" ...not great incentive to build new processing plants.

Some say <30/hr work weeks will become the norm and a universal income will be required to subsidize standards of living.  If that becomes the case and wages are padded by the government, human nature would get employees working little as possible if the end income is the same.  Didn`t the Jamestown settlement already try this? 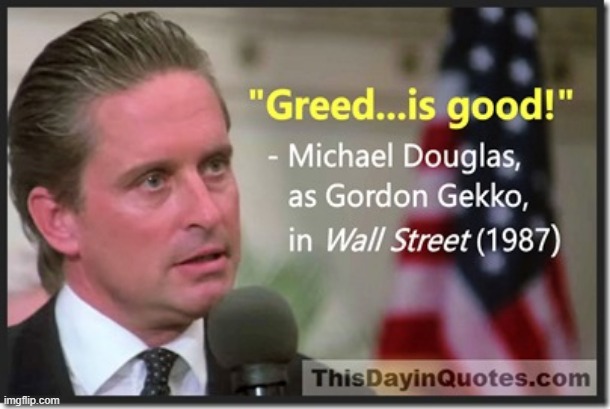 As much as Real ‘Murcans want America to fail, I wouldn’t count our great Republic out just yet.