Cborman,
c’mon do you really want to have a fist fight over this? Where is the maturity?

This is the major problem with society these days.
0 Kudos
Share
Reply

Yep i do if my area when you run your mouth and it cashes more than it can handle you get called out to fight or shut up and he being the little bitch he is keeps talking and hiding behind a screen.
0 Kudos
Share
Reply

See in my part of the country, we don't let what others say about us bother us. We move on and don't let others offend us.

You must be one of those snowflakes I hear about.

Still waiting on an address.

This is just a bizarre idea.  Farmers had a chance the last 3 years to hedge for a profit, take advantage of the carry.... oh and yeah make money.  Don't use tariffs as an excuse we had 4.29 and 10.59 for respective crops 30 days off where we post our seasonal high's.

Days of $7 dollar corn are over boys.  Time to be responsible business owners and sell at profitable levels, no one has anyone to blame for this but themselves.

mcochanag,  first post and I'm glad to welcome you.

Your disillusioned on the idea of profits hedgable last three years unless your assuming the high for the year was enough, or that the producer has a chance at getting the futures prices not paying the basis and storage costs.

You probably don't sell actual production or you would know.  And you show it by thinking  $7 corn was good.  Most farmers understand what that illusion did to them and the urban view of agriculture.

And like most humans, farmers are complaining about one thing and suffering from another.  They are making the mistake of thinking the rest of the population understands the costs of the public demands for legislation over the last 30 years to fix all manner of percieved evils are fixed costs that do not fluctuate with markets or economic upturns and downturns.  And farmers were lied to by their leaders and you the public-- who voted for, and facilitated this escalation of costs on society(for the good of all)-- by claiming you were willing to pay the increased cost of goods and services to meet the demands of a better world.  Every increased cost of production, down to the cost of a phone call, can be tied directly to a legislated cost increase or the increased demands of regulation created without a vote.

$7 corn won't help our independent family farmers who are on the way out.  You'll have a more stable cost of corn in the future from the multinational corporations and their large independent farm associates that will produce it.  And you won't care how or where it is produced any more than you know or care where that banana or coffee was produced or how.

Don't poke the stick too hard futurestrader, "what goes around comes around".  When there are investors who can own the rails or buy the entire corn crop with ease and the word "monopoly" has been bought off by political donation, the future is not predictable for any of us.

Seasonally the market provides us a very clear window on a long term average of where the high is for both corn and soy.

The game is changing and many Farmers aren’t.

Good luck on your soap box I don’t have time for it.
0 Kudos
Share
Reply 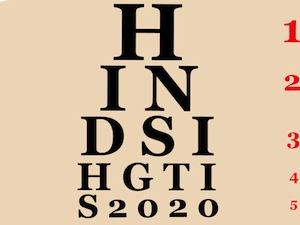