Don't ya get tired of reports like -- "Hottest June on record globally."  ---- from folks who don't look back 40 years. or even 10.  Just make up some computer process to support that thesis.  How much data do they have --- actual recorded, by someone there, data.  Especially on the 2/3 of the world that is water.....no data to support the statement

June in the US was probably 8-10 degrees below normal and a lot below a record.   That means the rest of the world has to be way over normal...... The arctic sure wasn't.  Antarctic wasn't   Oceans did not change levels in any detail of significants.

They report garbage and "sky is falling" narratives to sell tabloids.

But yet we try to get away with this ----Hottest June on record globally.  and the atmosphere is the hottest ever-and holding 4% more moisture.   When there is no actual history to compare it too and does hot air actually hold more moisture?  Not what they teach a pilot.  Even the Gore form of nonsense said we were loosing atmosphere and less moisture to protect the planet, melting ice and raising oceans,  scaring liberal arts folks into sending in more $$$$$

The whole premise is to generate "Climate change" from weather "out takes"...  and it is only interesting because it proves the "sky is falling".  Send $$$   And of course makes lots of nonscientists feel important to be on the bandwagon.

I think our crude potus, has a point........... you have to challenge the accuser,  the claim of unproven knowledge.  The attack, even the poke in the eye should not go unchallenged.   Especially in a time when the populus is as uneducated as it is now.

not a dig at ddgfs, but just making a point....... what is the right thing to do when the "pot" shots come.  Especially the obvious slanders by lesser "men"

That means the rest of the world has to be way over normal...... The arctic sure wasn't

Just to correct that belief which is wrong.

The Arctic is warming and if you checked news reports (at least in Canada) you will find lots of stories about the melting permafrost and what that is doing to the land and buildings on the land.

Records show that the Arctic is warming faster than the rest of the world, one of those areas that counters any cooling you think you see outside your back door.

The record temperature was recorded at Alert, a military base and weather station at the northern tip of Ellesmere Island in the Canadian Arctic, 817 kilometres from the North Pole.

The base, which sits on the 82nd parallel and intercepts Russian communications, is the northernmost permanently inhabited settlement on the planet.

Since the weather station became operational in 1950, the previous record high temperature was 20 degrees Celsius, on 8 July 1956.

Two other records have been broken in recent days.

The temperature reached 21 degrees on Sunday and then 20 degrees on Monday, the first time the station recorded back-to-back days of highs of at least 20 degrees.

Such highs are “completely staggering,” Castellan noted, adding “for a week and a half we have had much higher temperatures than usual.”

It was also the first time a temperature warmer than 20 degrees has been measured anywhere north of the 80th parallel, or within about 1100 km of the pole.

Here is the problem:

Climate does change, always has where the dilemma is is two fold of what caused it and what do we do about it?   I say, 10,000 yrs ago most of Iowa was under a 1 mile sheet of ice...the climate warmed up rapidly,melted the ice. it wasn`t human caused and it was a good thing.   Climate changes, poles shift and before Iowa`s ice age it was probably a tropical rain forest populated with dinosaurs.  And true global warmer believers leave me in a sound of crickets when I present those irrefutable facts or they give me a "purple nurple", run off calling me a "nativist, isolationist, populist".

The purple nurple givers cite that 90% of scientists believe in global warming...climate change or whatever the "flavor of the day" is on the Culvers sign.   To which I say "settled science is not achieved by a democratic vote" there was probably a time in human history when "90% of scientists believed that the earth is flat"...that did not make it so

If you want to feel good about yourself, be a "Kardashian" and have your 15 minutes of fame on your Facebook page ..."yes lookit me, I`ma goood person I recycle, and ride my bicycle, and protest oil companies and vote for only politicians that support the Green New Deal....I`ma  goood person...oh yeah I already said that" .  If you`re one of those people, you`ll find a lot of rich famous people that will applaud  you...but Stop giving me purple nurples!

Why do STEM scientists all 90% of them preach global warming when, every winter we break record low temperatures, but no one can tell me when we in northern Iowa last broke a record HIGH temperature in winter or summer.   Yeah, today in Iowa it was 94 degrees...hellooo?   It`s July in Iowa!   It`s normal to get 90 degrees in July in Iowa.   It`s just all these pansies can`t handle running from their air conditioned car the 50 feet to their air conditioned office.  So "Oh yeah, it`s global warming...throw some money at it!"

The Cloward–Piven strategy is a political strategy outlined in 1966 by American sociologists and political activists Richard Cloward and Frances Fox Piven that called for overloading the U.S. public welfare system in order to precipitate a crisis that would lead to a replacement of the welfare system with a socialist system of "a guaranteed annual income and thus an end to poverty".[1][2]    And I`ll add hoaxes like global warming while we`re freezing our keisters off. 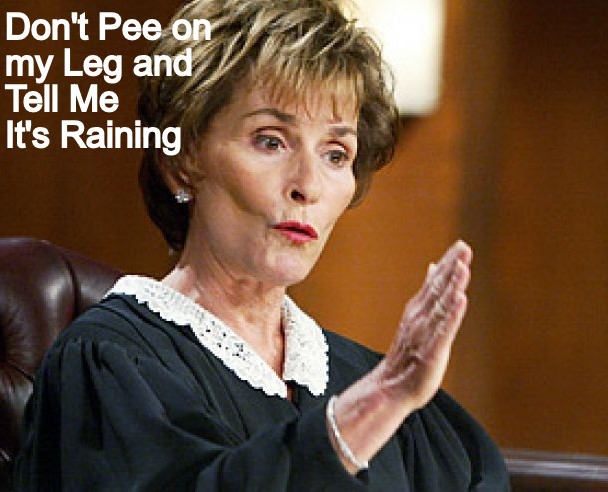 The climate does change. If it didn’t it would be hard to live under all that ice thousands of years ago. There is a bigger thing going on than man made climate change. Does man have anything to do with it? I don’t know, and I don’t think anyone does. We haven’t been around long enough to know.  I’d be more scared of a ice age than anything else. These 95 degree days feel better than the -60 we had in February