Is The Party In The Corn Market Over ?

Big day in the corn market, the USDA stocks report confirmed what prior crop reports have foretold : Great farmers working with superb weather and fertile soil have outdone themselves again for another year. Stocks were higher than the most optimistic estimate, no one should starve this winter in the US (as long as they like corn !).

Now for the bad news.

Corn prices did not take this data well. The only sliver of good news from the Stocks report was that the Stocks To Use Ratio was not in as bad shape as the overall Stocks on hand...but even this data had a dark side in that the advent of tariffs has been causing end buyers to step up their forward purchases to earlier points on their calendars as a means of avoiding the cost of the tariffs for at least some of the product they are buying. As I wrote earlier this week, the increased export sales we are seeing now probably is borrowing from sales we would have seen later this year, meaning that the forward-looking prospects for corn sales will be lower than expected to a similar degree that present sales are higher than expected. Hence, market traders are bracing for a worsening of the Stocks to Use Ratio in the coming months.

Corn prices fell more than 8 cents on the day, wiping out all of the gains for the week and actually settling lower than last Friday's close. Even worse. the market experienced an outside day : a higher high price than yesterday and a lower low price as well, with the kiss of death being the market closed at a price lower than the prior day's low. As if anything else could go wrong, the high price traded was the high price recorded since the lows of the previous week, making today's turnaround what is called a "key reversal". Market volume, which could not reach even 175,000 contracts on Thursday, surged to nearly 350,000 contracts on Friday, continuing a trend of down spikes in prices drawing in market participation while upmoves in prices causing traders to stay away. The coming Monday will reveal the Open Interest numbers, which considering the big spike in volume most likely will reveal new money coming into the market as prices retreated.

So where does today's report and resultant price action leave us ? Well firstly, the upmove in prices that carried corn almost 25 cents higher since it began September 19 is now over for at least a little while. Whether this will be the start of a new trend down or the pause that refreshes will be determined during the next week. Certainly, the really negative technical condition of the price charts, which was foretold in several ways earlier during the  past week, is something to take note of and respect. Prices have a very likely next move down, the question is by how much.

My analysis of the charts is telling me we drop to at least the $3.52 area from the $3.565 we closed the December contract today. This $3.52 area is critical, because should it not hold you can put your parachutes on because we very well may have a substantive drop below that. My work tells me that should the $3.52 area not hold, then we will be aiming for the satisfaction of the double top formation in December Corn, down at $3.29.

The problem I have with the $3.52 area holding from a fundamental perspective is that today's crop report has served to refocus the market's attention on the big corn crop that's presently being harvested. Attention probably will be fixed on that supply until at least the October WASDE report in a couple of weeks. Considering the time of year, it will be difficult to hold the market in a tight range of less than 10 cents for the next few weeks, and combined with the ongoing trend of strong market volume only on days when prices decline and the power of the double top formation, I have to believe we are going to break down through $3.52 and test the $3.29 area. However, if the $3.52 area holds and the  market starts moving back up in price - especially in the presence of rising Open Interest and Volume - then we would have a very good chance to see the $3.75 to $3.80 price area visited soon thereafter.

I think the market gets very interesting if we move to $3.29, it is a major crossroads to the next three months of corn trading. If the market trades there, some difficult trading decisions will have to be made, and I will wait to see what the landscape looks like at that time before offering an opinion about where prices go from there.

This week was a classic example of how a good hedging strategy can really enhance farmer profitability and  cash flows. There were multiple market signs - many of which I shared with you-  that suggested prices had a better chance of falling than rising from the price levels where the market traded through the week. Now it seems there is a good likelihood that prices could move 30 cents lower from the levels traded this week. A fairly good sized hedge of 15%-20% of expected inventory will be a welcome buffer should the market prices drop as expected, cushioning any falling revenue from harvest sales. And should the market touch down to the $3.29 area, and give indications prices then are more likely to go back up, then the hedge can be taken off and you will pocket as pure profit the capital gain made from the sale and subsequent purchase of the hedging contracts.

In short, the next move in corn price is likely to be lower. The $3.52 level is critical, and should it be broken, producers and traders should consider a new round of hedging and market sales as the next price support probably will be at least 20 cents lower than this important price target.

Just in time for the crop insurance price discovery.      What's not to like?   Might as well take this thing down a few more notches in October.

Didn't know there was a "party" must have missed the notification?

Price was quite a ways away from festive at my marketing location. 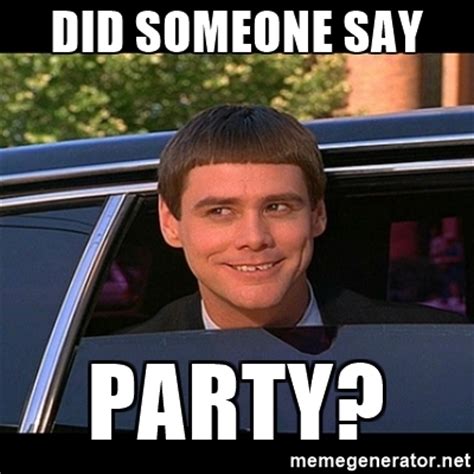 As I wrote here during the last week and a half, prices in the corn futures moved almost 25 cents higher per bushel from September 19 to the morning of September 28. That's is a rather good sized move for such a small time period, qualifying it as a festive occasion for those looking for higher prices. But yesterday the Stocks report seemingly took away the punch bowl at least for the next two weeks.

Suffice it to say that if prices move from where we closed on Friday down through the $3.52 level, there will be a pretty good sized hangover in store for the market. Incorporating a good hedging program into a producer's marketing plans is the alka seltzer antidote to the hangovers the market can cause.

The warning signs were issued with the last WASDE report on September 12...there's a lot of corn to collect from the fields this harvest, which is the main driver influencing price direction.

Farmers are defiant and must still have a little change in their pockets, new grain legs and monuments to indecision, aka grain bins have been put up.  Hoping to "capture the carry"  ...and thank God for that, otherwise a slug of grain would hit this fall and that whoo hoo $3.01 cash price would be much lower.

The party is in South America.

Couple bucks higher in the bean market, all the corn they can raise has a market.

An area the size of Iowa, Illinois, Indiana, Minnesota, and Nebraska, just waiting to be farmed. The equipment has been invented to get r done.

I don`t know what South America`s cost of production is ..it can`t be a heck of lot cheaper than here, but $7.30 beans and clear land for new production???   Just out of spite because we finally had enough and put tariffs on Chinese Walmart junk?

If beans were 13 bucks I could somewhat understand it, but $7 and if you believe sourpuss Darrin Newsome, they`re going to 5 and in his opinion, that is "good", someone must be big time short.

Its hard enough now to get $4 corn because of the supply.  What's going to happen if you're correct about South America bringing that much new farmland online ? Are we going to have to separate into two markets, similar to what they do in sugar, one for the US production and one for the rest of the world ? And then restrict imports ?