Trump trying to balme the Fed for the deteriorating economy. There is some small truth in that but clearly the global trade slowdown is hurting growth everywhere.

The irony is that Yellen probably would have been more dovish but she didn't look like a Fed Head on TV. Powell is a Wall Street lawyer and very conventional guy- just following the conventional path which said that in a strong economy it is the Fed's job to start to bring down the balance sheet and get some room in rates in place so there is some ammo in the next downturn.

BTW, the next admin, be it Trump or other, is going to inherit an empty armory.

Agreed, the armory is empty....unfortunately, that is when panics become prevalent.

The monetary armory is running low, the fiscal armory is unlimited.

A $T ayear in infrastructure and social spending would come a lot closer to paying for itself- or at least stopping a deflationary vortex, than high end and corporate tax cuts ever could.

Reverse the tax cuts and spend that and it might even be near a fiscal wash.

Although you'd have to live with "the market" having a temporary tantrum.

Your assumption that the market would have a "temporary tantrum" is likely a grave error. Far more likely to have a all out "re-valuation" of things. (Which would greatly reduce income inequality!)

At a wedding this summer in the big city, I was introduced as the "only smart conservative" they know. Hatred for conservatives (not just Mr T)  was everywhere....yet everyone's business was having a record year. Not connected I guess (and most in attendence certainly benefited from the tax cuts!)

All the promises made free college (we`re going to have the highest educated Walmart stockboys in the world!) free healthcare for illegals  and open borders (set out a dish of meat every day and wonder why your porch has all the neighborhood cats meowing every morning).  There ain`t enough Jeff Bezos and Koch brothers to tax, the 10¢ millionaire attendees at the garden party will also share in the tab.  But oh yeah, they`re cool, they get their "news" from Stephen Colbert`s monolog. 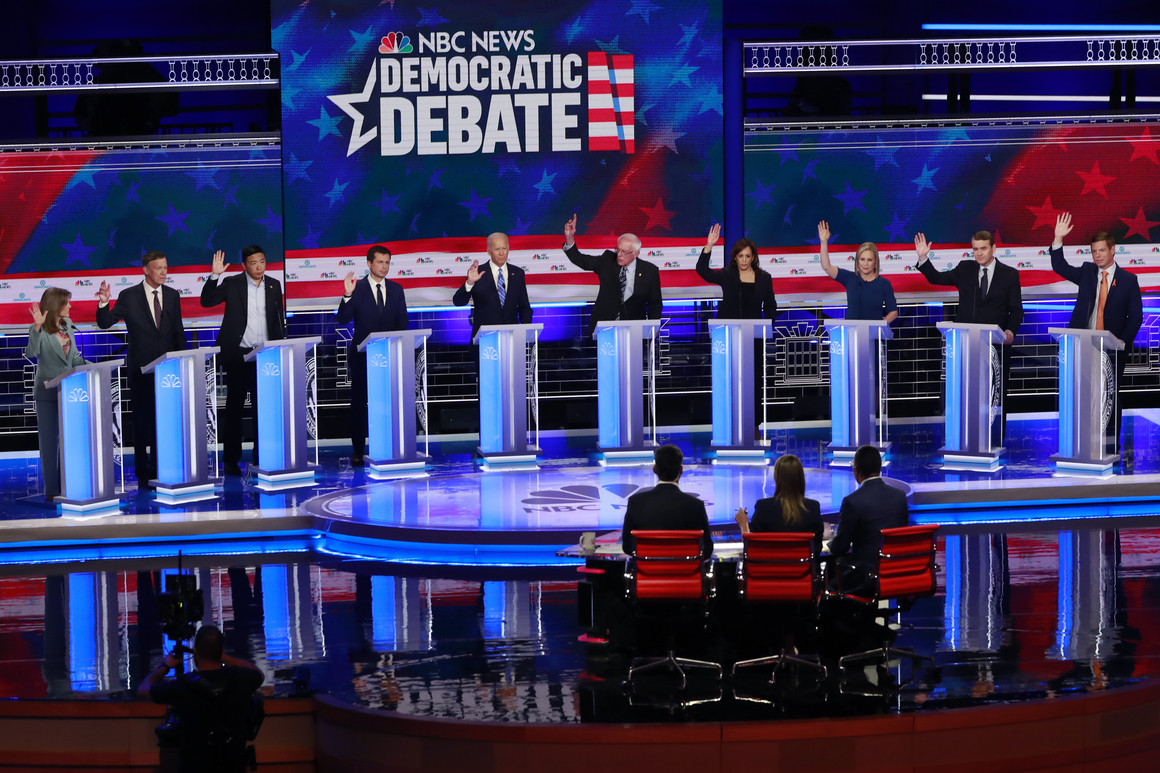 Across a very wide range of businesses the Obama years were terrific- most had cut costs in the crash and when demand returned they had the best margins ever. Farming was also a lot better then.

Corporate returns are flattening or even declining if you take away GAAP adjustments. Probably the reason for a record level of CEO retirements- cash in on the stock options by taking the stock higher then dump the problems on somebody else.

That's how the new business cycle works. Corporate profits didn't decline 90% in early '09, it was just a chance to throw all the crap out while there's an excuse.

Business and the stock market have tended to do better under Democratic administrations over the past several decades.

In the present case, the stock market, at least, has been coddled into the stratosphere and is probably due an adjustment regardless. For people who will be unhappy, they always could have sold.

People will see it in a way that suits their own views- like the reputable guy who recently said that the 'o8 crash was just because the market looked around the corner and saw the lefties coming.

As far as the economic multiplier effect goes, deficits caused by high end tax cuts and military spending are the worst.

The best is a payroll tax holiday, which this administration was recently mulling as a way to buy re-election. That's not justified with 4% unemployment, and I'm not sure they could do it without congressional authorization. Maybe they could.

BTW, the tariffs have more than zeroed out any benefit to the bottom half from the tax cuts. But ptobably a reason, in part why "consumer spending is strong."

Reagan's ;egacy was protected as the S and L calamity got kicked to GHWB and the resulting mild recession arguably ended his presidency.

Thankfully the GFC occurred on GWB's watch so only the biggest deadenders can try to explain their way around that one.

I`m addicted to the truth, so truth is we should`ve had a day of reckoning when the nat debt hit $6 Trillion it became unsustainable, also a 1990 depression to reset the economy  (ala Ravi Batra)....so basically we`ve been on thin ice every day since the turn of the century....but that`s runway behind us and gotta focus on our low altitude and tall oak grove in front of us.

Nobody is going to really "fix things" anyone from Trump to Bernie Sanders all there is is slap Bandaids on it one day at a time.  Seems to me though, with what is coming tomorrow, next year, 5 years from now or 10 years from now you a. don`t want to drag more people in here and b. get those here dependent on free stuff that ain`t gonna last.  it`s like if you`re going to run a Ironman marathon in 6 months, do you train or do you take naps and eat twinkies?

Obama oversaw the doubling of the national debt from $10 trillion to $20 trillion...you can spin that however you want that "it was congresses` fault, we owe the money to ourselves or blah blah blah"  BUT, Trump will NOT TAKE THE $20 trillion debt to $40 trillion, it simply won`t happen, that much money isn`t in existence, so the thin ice is cracking.

One possibility is Trump goes to the creditors and negotiates a haircut for them to take or Pocahontas or whoever is president when TSHTF.   But after that and the US is junk bond status, don`t think we`ll be talking about free college and other schemes to spend ourselves rich, we will be "Venezuela" eating the animals out of the zoos.  Then a Vladimir Lennin will emerge with the answer to all our problems.

If you`re in the crowd that wants and needs free stuff from the government, you are in for a very rude awakening. And yeah yeah yeah that INCLUDES farmers with MFP payments and RiN waivers or whatever the hell the acronym of the day is.