ONLY 21 days till the Pro Crop Tour

It takes about 21 days from silking to the milk stage. 68% of Ohio corn is not silking South Dakota is at 78% not silking. That means the majority of the first days tour the corn is going to be at blister or less. Day two Indiana 60% wont make the milk stage Nebraska only 30% state wide isn't sliking but that most likely concentrated in the eastern part where they had flood problems. Day three Iowa at 30% and Illinois at 60% wont make the milk stage that's the big two looking at a disaster. Finishing up in Minnesota with 46% not yet silking should make for some really funny spin to come up with a 160 bushel average.

What say Chip how you going to judge roosting ears.  I would suggest taking lots of butter and salt along that's most likely all a big chunk of this crop is going to be good for.

Below is a chart showing the % corn crop silking compared to the 5 yr. ave.  Given how late a lot of corn is planted, I'm a little surprised that it's only 2 weeks behind.

If it's true, then that suggests that the interval between planting and silking may be shorter than normal.  You have to wonder how this physiological adjustment will affect yield. It’s suppose to be 49 degrees here tonight in wcmn. Corn just about 40-50% tasseled. It’s gonna be a long fall! The only winners are going to be the propane companies. Get your corn dryers “super tuned “ as my kids like to say

Misleading news: Silking is 10 days to two weeks behind.

Not a surprise crops grow by growing degrees days (GDD) not calendar days.  Mid April has about 5 GDD's per day mid May is up to about 10 GDD's per day. From mid June through mid August GDD's average in the mid 20"s. That means corn planted in June only needs less than 1/2 as many days to get to silking. The problem is that GDD's start to decrease after mid August and by mid September your back down to 10 GDD's per day.

Corn planted the middle of April sliked the first of July. Corn planted mid June silked the end of July  only two weeks or so behind. Two weeks in July is  equal to a month and a half in October .

On the other site, they say that Brian Hefty is bullish.   Okay those Hefty boys are smart, they travel and scout and take calls from farmers all over the place and sell seed, so they have inside information.  They don`t get into marketing so much, so when Brian is telegraphing subtle clues that "it ain`t there" better read their tea leaves. 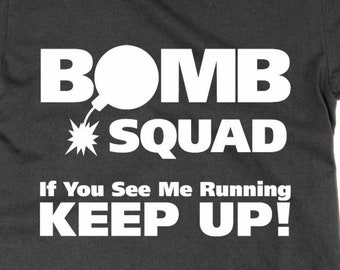 Even the propane sellers are going to have a lean year in NW Ohio........since only half or less of the corn acres ever got planted.

I swear, people are really forgetting why we plant corn in late April and early May.

Tiger I couldn't agree more, soon as the corn gets tall is healed and caught up, somebody is trying to kid themselves