Yesterday was a good example of strong hands vs weak hands.

The numbers that were release were slightly bullish corn, slightly bearish wheat and relatively benign for soybeans.

But, in the end, it didn't matter. The market immediately turned to the weak hand and capital flows. everything traded lower across the board. The longs needed something better than what was released and began to liquidate. The speculators sensed this weakness and began to sell in front of them and with them. Just really couldn't sustain a rally. Today is a little different.

From now until the end of the year and basically January 10th, the market will trade white noise and South America. I think it will be very quiet and grind sideways.

Crude oil is on a tear higher as of late. I think that this is a mistake. Some traders believe that the US economy is doing better so therefore there will be more demand for oil. Nope. It's a supply issue and there is plenty of it. I would like to sell oil between $100 and $102.

Gold too has been the talk of the town lately. Again, I think it's much ado about nothing. Gold made highs this year because it was an inflation hedge. The problem is, as far as the government is concerned, there is no inflation. Actually, an argument could be made that there is disinflation or even deflation. Gold will continue its downward slide to $1000.

Stocks are breathing a sigh of relief over the mini budget deal. Unchanged at the time of writing.

The dollar is unchanged this morning...hanging around that 80 level at 79.97.

The newest thing out of DC

OBAMACAR: If You Like Your Car, You Can Keep Your Car 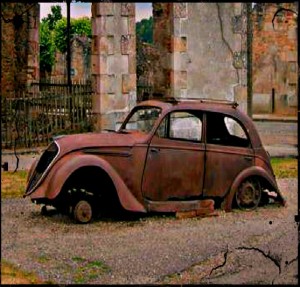 Under ObamaCar, you can keep your current car, if you like it…period!

Warshington, DC – President Obama’s new Affordable Car Act (or as many affectionately call it: ‘ObamaCar’) was secretly rammed through Congress by Democrats in the middle of the night, while unsuspecting Republicans were asleep at the wheel.

Then, to sell the flawed plan to the American people, President Obama repeatedly told cheering hand-picked crowds in all the blue states:

“If you like your car, you can keep your car…period!”

“You and your family, yawl can keep your car, if you like it!”

Unfortunately, it is not playing out this way.

Under ObamaCar, millions of Americans who thought that they would be able to keep their cars, are now losing them.

With the ever-expanding government now taking control of all car dealerships, and mandating that Americans purchase a government-approved ObamaCar, automobile prices are now starting to sky rocket (just as Senator Cruz predicted).

Plus, a new round of taxes will kick in right after the 2014 mid-term elections to help pay for part of the giant new bureaucracy that is being created to run it all.

The Automobile Device Tax will significantly raise taxes on the Middle Class to pay for free ObamaCars to be given to all undocumented Democrats.

You have until the end of February to get rid of your unapproved car and purchase an ObamaCar, or the IRS will be scheduling you and all your relatives for full audits.

President Obama has personally hired an army of ObamaCar Navigators who are paid well to teach you how to “beat the system”. Many of these Navigators are convicted felons. Some of them will soon be getting out of prison and would love to visit your home and get to know you.

To sign up for ObamaCar, you can either use the handy-dandy website: ObamaCar.gov (which is not ready yet), or call a helpful ObamaCar Navigator via the toll-free number: 1-800-SCREW-YOU.