You have some serious problems my friend. Is this the Covid long hauler by chance?

Time we have one now that has stood up to big tech and the biased news outlets , and they hated him so much for doing what he said he would do while he was running for the office and shining a light on the corruption ,that they are ready to destroy the country for the power that they want.

It's possible to make the govt positive cash flow and make some money too.  Even now and pay off a few Trill..  Not saying the afore is easy but it IS Achievable.

Elect Dems that promise solar power, green new deal, slave reparations, pay off college debt, free college free healthcare.   What do you think, the federal government is like Bigshot farmers that "spend themselves rich"?  the only thing we have going for us is the US Dollar is the world reserve currency,  we`re still the finest filly at the glue factory, we can blow up the world 3 or 4 times more than our closest nuclear competitor in the world.

This debt is unpayable, it`s got to be written down, like they did with Bigshot farmers in the 1980s.

Lots of good comments, and realistic worries here. I am going to buy the things I need, pay for them, and be happy with my life going forward without taking on a lot of debt, in spite of the lure of cheap interest and payback with inflated dollars.

How many other "sure things" have we witnessed lately that evaporated? Cash may not be king right now, but a lot of debt can sink even the best swimmer when anchored to it. If they can talk about an inflation index for taxing capital gains, how do we know that a future President, lets just call her Heelsup, cannot create an inflation index for debt, too, and save the financial lenders?

Bottom line is that there are no sure things once you have a nation that moves on from the idea of the rule of law and precedent.

Wright might be right to write what he did.  After all the bills need to go out for being the worlds police service, for being the ones who stand down the radical murderers of the world.  Not just for oil or our reperations for military service, but for feeding chinas hoards and financing their communist gang of failures, and in the process maintaining some charade of peace in eastern asia where the example of what happens to the human mind when it feels successful(and superior like the tech industry in the US treats its customers).   So the far east has a long history of rape and pillage that the US has helped control now for 75 years......... maybe it is time to collect on a few "services rendered"   ------ but for sure there are 350+ million americans who need to learn how to live on less and expect less, while working more and producing more.  Part of that change in us needs to be to accept risk and responsibility.  Which will mean unleashing our nose ring from the political thugs in the press and illiminating tenure and federal funding of education.  Mandatory school attendance ---its a waste of money.  Very expensive daycare.  Teachers are now nannys and seem to be enjoying the demotion.

So illiminate any budget for education national or local.  our level of literacy will go up among those who want it.  The nanny state needs to be dismissed.

just a few ways to trim the budget.  Wright is Wright --- We just need to go back to doing things on a need basis.  Stop watching TV for a living.

And the sacred cows ----- Sports....  the arts.... entertainment.... Vegas to title nine...... we waste Trillions on entertainment.  I see in twitter that Tulsi has begun her 2024 campaign with the title nine sermon and more ways for DC to redistribute wealth---- this is how we got where we are.  Electing ignorance that will never hold itself responsible for its mistakes.

I think it can be turned around but there will be millions of black shirts who would rather be shot than loose their cheap weed and internet.  Sometimes the answers are wright in front of us.   I just doubt we love our constitution enough to sacrafice for it.   We will move to china by the millions when the bills come due.

RSBS I missed your entry while writing......... A great post.....your absolutely right.  now that we can grab a policemans firearm and walk away to defund, we have lost it all.

I'm drawn between a hardy laugh or choking on my own vomit when I read the bilge written here. Precedent and rule of law? Did you mean 400+ years of enslavement and discrimination, Jim Crow laws, voter suppression in open sight, Blue states paying the majority of  US income taxes, over representation of rural in the Congress and Electoral College? All of theses items built into our Constitution and laws that make sure the white male gets the majority of the goodies. And now we talk about a federal deficit without a hint of the actual history of whom, where, and how the modern national debt began. Hint: it rhymes with "Reagan". How about some actual facts that are not twisted wildly off-center catnip from sources seeking to keep the true believers in a high pitched scream. ( Please study how the WWll Axis powers motivated the population and troops.) Did I mention 4% of the world's population devouring 25% of global resources? Can you blame China and Russia for wanting to be like us?

I recall seeing a post online last spring, possibly on this site, from a contributor who would unashamedly cash the 1/2 cent per bushel of corn production CFAP check drawn from misappropriated USDA funds as long as he got it and the hell with everyone else. (I recall Stormy and the POTUS were also sharing  the headlines at the time. How appropriate, sometimes I think there really is a god?!)

Rather sickening, wouldn't you agree,  that now with the writing  on the wall for trump and suddenly the "right" is all worried about the debt and the poor (ie: not white males) being a drag on the economy. Hypocritical, yes, that's the word I was looking for.

Hope you have a Merry Christmas, and it's white!! 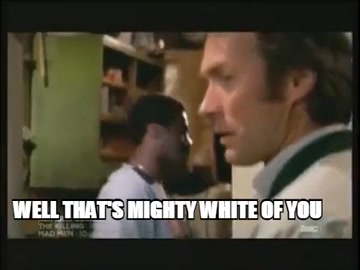 Woah, China and Russia are not wanting to be like us. They are extreme totalitarian regimes that are practicing the stories in the book "Brave New World" and book "1984" and have been able to use a little bit of capitalism to finance themselves.  Actually I am referring mostly to China. Surveillance is at extremes in their police state.  Research it.