If we drive the US into a 3rd world fighting the boogey man of climate change, ol` Xi will do his sly smile and keep burning coal as will the other totalitarian regimes around the globe.  It sure has the reek of leading us down a primrose path.  The 98% of scientists pushing this crap, do they have one of these bumper stickers? 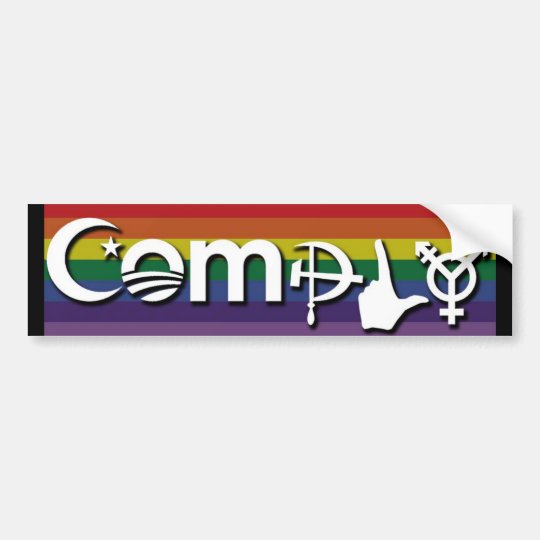 The solar farms may very well be plowed up one day.  Just in my layman`s opinion Minnesota getting so gung-ho about solar farms is kind of ridiculous, because it`s too far north to catch enough rays.  Minneapolis is halfway between the equator and North Pole.  But Minnesota does have a lot of wind, so of all this stuff windmills would make the most sense there.  The southern border wall could be made of solar panels...with lasers that fry anyone crossing

Venezuela ---  just an average thug government of rule over poverty in South America with millions of uneducated poor. --- with oil fields and mineral income that could have carried a democratic society into leadership and change for the continent...... failed opportunity..  The continent has been openly for sale to the right investor for decades and Brazil is closer to being a Chinese conquest than Hong Kong is.

The wall ---- a simple solution to a massive drug problem that is admired and appreciated by all those who choose to live and farm in the region.  We could have defended our border militarily but probably not without invading columbia and all points in-between.  wall = brilliant.

Look..... liberal (progressive) elites do not care about food supply or starvation in any way other than a means to power.

Starvation will continue to be an issue as long as there are leaders who will use it as a tool to enslave the poor.  Just as Stalin sold all the Ukrainian wheat(and everything they possessed), moved them to Siberia, and starved them in slavery. (It is not just a movie)....... Starvation is a tool used by those who want to rule.  Almost every time you see it in print, the purpose of the publication is not humanitarian, it is usually "elect me and I will stop starvation in Des Moines, Iowa"

Grain surplus.  It is only important on paper.  It means nothing to the kid living under the freeway in LA.  It's only importance in government here the same it is in China, economic market and crowd control.  Used the same way a farmer uses his new instant yield monitor on his combine -- to make pictures of how good his yields are to impress the neighboring land owner, or irritate his neighbor.  Truth is that surplus is not worth a thing until it becomes something edible for that kid in LA (hopefully breakfast on his way to improving his life in a trade school or a college.)  Truth is that farmer can't sell that grain yield surplus,  He will live or die when it crosses the scales in truth.  And USDA's surplus was only a movie with an ever changing set of retakes. ------ All we have to remember is, Usda does not care if it is true or not.  They have a very different goal than feeding that kid in LA.

Climate just as Grain surpluses.... are now being projected by computer model.  sending us clear and 'touched up' pictures of what may or may not be.  This is life in the technology age.  Our assignment is to learn what of this new techno world is real or a good "movie" projection.  The internet itself has given us better focus on the quality of what we are fed by those who publish.... now that every picture can be scanned for truth and reuse and clarity..... every fact can be verified in seconds.

In the last four weeks I have seen "guests" declaring there was xxxx large volume of 2018 carry over corn in farm storage and 2019 will have to come to town.  And declarations that xxxxxlarge volumes of 2019 corn are going into farm storage that may have been empty, with promises of "believe me it is out there".

Congressional farm programs......  Are what USDA pays for the right to publish without actually knowing what is going over the scales.   And from the accounts I see........ It is not enough, to cover the difference between what farmers will sell across the scales of reality --and the "garbage in garbage out" projections of usda's political control schemes.

Congress has decided it is much easier to redefine terms than it is to live by them.  (keep electing lawyers)

Is a cult the one that shot you, or the one that controls you?  Everything gets redefined in congress to fit the political goal.  I think in this case it might be both.

Great  post SW. On the surplus thing, I have had that opinion for some time that we are being told about the huge surplus in farmer's bins and at the same time the new huge crop is going in same bins.  I still have to wonder if demand is so bad or if grain is not in the right hands for export.  Does no good to bid for something that can't be bought.