The last time inflation was running this hot

We can’t take much away from that since global financial markets began to crumble and collapsed shortly after- taking oil from $140 to $20 and corn from $7 to $3.

Whatever you might think was the cause of that, inflation was so far in the background as to be nothing.

Anyway, my memory is that at the time the primary complaint here was about stupid consumers who were mad that a box of corn flakes had gone up a buck.

BTW, actual markets like bonds and currencies are showing no concern whatsoever.

As the saying goes- stocks can be stupid-at least for awhile- but bonds tend to be pretty smart.

Well, if you define inflation as "too many dollars chasing too few goods", that`s easy to "solve" have the Fed take away the punchbowl ...and raise taxes.  Covid did supply chain eruptions, but the slave labor around the world will be back to producing cheap WalMart goods before you know it and the Cosco containers and  Maersk ships in the ports.

My concern for the economy would be the deflationary hangover next year after most of the punchbowl is empty.  No doubt a whipsaw of inflation... no no no deflation, ect.   What is amazing is 0% interest rates, $30 Trillion national debt, Quadrillion in unfunded future mandates, congress passing multiple trillions in spending, all that and "no inflation".  Does gravity even work anymore?

Ironically, the pill of truth is the "red pill". 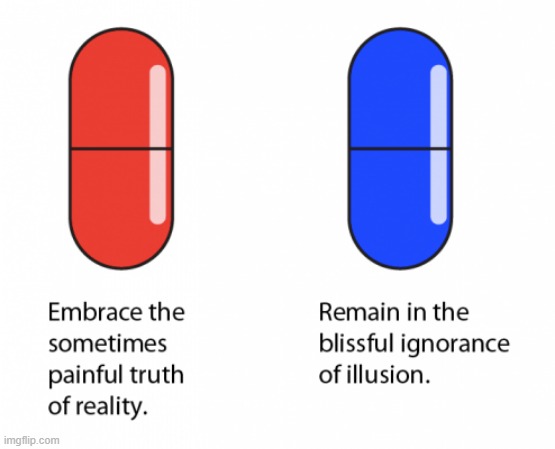 Yeah, you've been teetering on full blown QAnon for a while. You might try looking at real world evidence instead of how your feelings are.

Continuing with the historical analogy, as the deficit exploded from collapsing revenues and a relatively small stimulus package, every single Very Serious Person on one side of the divide was hysterical about the coming hyperinflation.

That never happened, although the hot money in short dollar/long commodities (dollar was still in the tank, as it had been in '08) did drive an echo boom in commodities which peaked in '11 with another little blip of inflation.

Just the historical facts. Nobody cares about your feelings, except for you.

"The best indicator of the long term strength of the economy is the stock market."

On the day after all time highs in the SP500. I don't exactly believe that- or virtually anything Larry Kudlow has ever said.

But you guys are just pathetic.

Berkshire Hathaway was too chickenshxx to buy the gift horse Covid lows in the Dow last year.  Has Modern Monetary Theory really discovered alchemy?  Print an increase of 30% M1 and no inflation, debt/GDP 128% ...take it to 200% of GDP  "Interest rates are 0% anyway you fool!" .  I recall during Reagan bipartisan economists were bemoaning that the $1 Trillion national debt was causing high interest rates because the US government was in competition with consumers for borrowing money.   But some how we`ve all got hooked up in the Matrix ....spend yourself rich!   Everyone`s doin` it.

Absolutely no complaint of food prices.

Proving the comments on here in 2008 that complaints about food prices were fake news trying to drive down commodity prices.......by end users.

Especially beef at the time.  Which did complain about cheaper meats being available.   Not this time.

In the US food continues to be a bargain..... Inflation these days is far worse in politically driven markets like energy, electronics, transportation and Labor.

There is no competitive marketplace economy left...... in a lockdown economy like this one how can you have inflation?  And if you do..... it is totally a congressional blame.

Retail/processor margins have blown out in some select food markets owing to very unusual circumstances.

In a functioning free market those should come in.

If not, new SEC chair Lina Khan is the first one interested in anti-trust in a long time.

This would be hilarious were it not for the sad political results last year.  The "Covid recession" last year was the deepest, SHORTEST recession in US history.  2 quarters and you need 2 quarters of negative growth to be a "recession" .   It ended in April of LAST YEAR and "they" are only reporting about it now???   Safely many months after the 2020 election, of course.   * sure I`ll take a Covid shot, why wouldn`t I trust the media?

The U.S. officially climbed out of a recession in April 2020, concluding a pandemic-driven economic contraction that lasted two months, making it the shortest on record.

The announcement Monday from the National Bureau of Economic Research also marks April as the official start of the economic recovery from the initial shock of the coronavirus pandemic last spring, which triggered widespread business and school closures, a steep drop in demand for services and record job losses.

The recession ended the country’s longest recorded economic expansion, which began in June 2009 and lasted 128 months, according to the bureau’s Business Cycle Dating Committee, the accepted arbiter of recession dates in the U.S.