It`s 90.55 this morning and corn and beans are down as is the precious metals and the Dow.  Being prettiest girl in the leper colony means no shortage of suitors, but the bad part is they are other lepers   🙂

Not buying the "hyperinflation" meme but doesn't mean some money wasn't made off of it and more might not be.

The dollar is on one side of the teeter totter, inflated asset values are on the other. The problem is that the dollar is tightly stacked on its end and the other end is a house of cards.

The credit bubble of $74 trillion is a worse problem than the debased dollar at this point. All bubbles pop eventually. Someday, some bank will decline to raise it's customers credit limits any further, and since the entire US economy runs on credit, it could have a domino effect through the supply chain.

Ask yourself - what items do you pay cash for anymore? And I don't mean checks - they are just an authorization to move some numbers from your account to the sellers account - I mean greenbacks and nickel and zinc coins. Do you even have enough cash on hand to buy a tank of gas if your credit card doesn't work anymore?  Any kind of economic hiccup that either causes a tightening of credit or causes sellers to prefer cash to paper or plastic will cause a huge problem because there are only about $400 billion in actual currency and coinage in  the US. The Fed knows this, which is why they're pumping as much fake cash into the system as they can to try to keep the system lubricated. But it's like pumping more and more grease into a failing bearing. It will work for a while...,

And write this on the dust on your pickup dash. "In a deflationary event , the senior currency always rallies."

All we have right now is a slight suggestion that a big fiscal push will create some inflation someday, thus causing a hiccup in long yields and therefore a bit of a pop in the dollar.

I'm not really thinking "the big one" here, but there is some chance that we could get a pretty stong short covering move in both rates and the dollar just because of ultra extreme positioning in the opposite direction.

Won`t the realpolitik require higher taxes which will eat up the "access dollars that chase fewer goods" that is as long as the delusion of being able to service the debt remains?  Instead of only sending out periodic stimulus checks, why doesn`t the government also borrow their own revenue checks as well?   🙂  Best not give them any ideas.

Well K-289, politics rule economics more than ever these days.  You aren`t going to get elected to office on a "do the right thing platform" these days.  One or two generations of diminished living wage jobs due to "free" trade and open immigration and this new administration is more beholding to the continuation of the problem and further away from the solution.

This is the American voter in the majority that now must be appeased.  (for you old Twilight Zone fans) 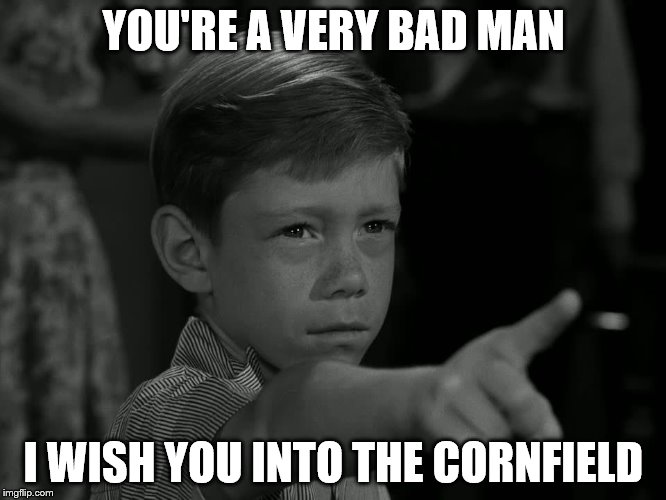 it all works until it doesn't.

I doubt that anyone dreamed we would get political leadership that would oversee the  export of American jobs to China, Mexico, and other places, and also allow foreign entities to buy American business after business. Not pointing a finger at either side of the two headed monster on this one...both sides are to blame.

If the excess dollars were chasing an American pool of labor, and if companies were more concerned with long range profits and stability rather than stock buybacks, executive compensation through stock options, and breaking up to enhance shareholder value, we might be in a different place.

I don't know where it all ends up....in 1980 I thought we would see hperinflation like weirmer germany, and I was dead wrong (eh thanks? Paul Volker).

Maybe Uncle Joe has something up his sleeve . He would be the one to get tough on China, as who but a good friend can administer tough love?

When it comes to playing hardball with China I'd have more confidence in this Uncle Joe.

A man of action with real experience in putting out fires.