correct me if i'm wrong but...

seems to me that business with china began very slowly in the 70's and by the late 80's the young people were beginnining to have a taste of capitalism by way of US corporations providing jobs that paid money.And the more people worked the more they made. But the freedom that new found wealth brought made the students want a more capitalistic system which we all know what happened to them when they pushed their government too hard in tianemen square. they were shot! i believe that is when the chinese govnt began to curb the amount of area american business could sell into. Of course in a country of 1.5 billion people even 25% was more than all of the US plus labor was cheap! even cheaper than mexico when nafta was passed allowing companies to move factories there. I'm probably simplifying this but the american people weren't "forced" to buy knick knacks from china to the tune of  tens of billions per month creating a huge deficit in trade. Now correct if im wrong but the intelligence material they are making companies hand over is to see how computerized factories produce products? And yet they do to keep their business going there because of the amount of things they can sell with cheap labor? Sad thing is these are american companies crying no fair in the chinese world. Profits rule even at the expense ot intellectual property

China = it's really just the last decade, and especially the last couple of years, that their annual wages have become high enough that American companies, who once fled to China for cheap labor, are now fleeing China for other cheaper-labor Asian countries.

Tiananmen Square was the beginning of the collapse of Chinese communism as we knew it in the late 1980s.  In 2007, China passed codified private property laws.  Chinese citizens can now utilize, possess, and dispose of and obtain profits from real property ownership ... as long as they comply with Chinese laws and social morality.

That said, China sends products to more countries than just America.  USA accounts for maybe 15-20% of all their exports.  While that is a large amount in our minds, for China to be accused of manipulating currency, possibly incurring US-led  sanctions, would it make any financial sense for them to cut off their own nose to the rest of the world just to spite the US for a mere 15% of their exports?  [China has way more protests and riots in-country than anybody actually realizes, so stability is imperative for them.  In 2013, it was estimated that China had 180,000 protests each year and was spending $125 billion per year on riot gear.]

Anyway....just a few other extraneous observations:

School loans = Clinton(s), in cahoots with the banking industry, led the charge to make school loans non-dischargeable in bankruptcy, giving the green light for bankers to loan money to anybody wanting a degree and universities to send their costs blasting to the moon...because they'd just enslaved your children to either employment limbo with no degree or lifelong poverty with a degree.

NAFTA = that was also Clinton's baby.  Ross Perot warned that NAFTA would send companies fleeing to Mexico, where wages were low and company profits would be high.

Corporate taxes = If you have a Congress that is so functionally and mentally deficient that this year your corporate tax is Y, but then in comes a new Congress, and for at least the next 2-6+ years, your new corporate taxes will be Y x Z x AA2 .... wouldn't you find a new, more stable place to headquarter and operate your businesses?  In 2014, Ireland's corporate tax rate was only 12.5 percent, whereas combined US federal and state corporate tax rates during that same time period was 40 percent or more in New York and New Jersey. It's why Ireland became the western world's go-to place to headquarter a business -- at least until Brussels got their knickers in a twist because they thought it was "unfair" to the rest of the EU.

A lot of the Democrat presidential candidates have a campaign platform of raising taxes to as high as 70% to buy their FS-army voters.  They say, "...but, but, but we'll only tax the rich."  Have you EVER known a Democrat to stop at only taxing the rich?

In summary....US farmers need to have a back-up plan in lieu of depending on China's saving them.  It ain't gonna happen any time soon unless there's a miracle on 1600 Pennsylvania Ave.

You spoke to lots of things.  I remember when the top tax rate was over 70%.  We had a thriving economy and normal people could afford a car and house. Those taking the most from the government are at the top not the few dollars that go towelfare.  How many dollars can the DOD not account for?  Lots of things in your post that has more than one side to and some open to debate.  But those who use the most resources of the nation should pay a higher tax rate and not expect welfare to subsidize their workers.

u mention US farmers need to have a backup plan in order to survive? What would that be precisely? Yesterday china dropped the value of their yuan to offset the increse in tariffs. Farmers have been fighting that sort of thing for decades! whenever we have an oversupply our prices go down but so does thecrest of the world to keep their share of the market. If beans are $10 in spring and everybody grows beans the market will go down sharply. The only backup plan that will curb supply is setting acres aside and only producing for ourselves. In the past ten years millions of CRP acres have been let back into production at the behest of the grain companies, the fertilizer,seed and chemical companies. we export or try to export half of the wheat and soybean crop and im not sure but 25% of the corn crop! why not have a 25% set aside that will insure enough commodities for all?

I know this isn`t popular with farmers...yet, but I still say we should be looking at some sort of LIMITED and VOLUNTARY supply management farm bill. You can tweek details anyway you want but as an example if a farmer wanted to participate he or she could voluntarily set aside 10% of their farm production acres in exchange for a guaranteed price of $4.50 corn and $11.00 beans on their first 1,000 acres anything above 1,000 acres and they are on their own with those acres.

Oh I know the gang that can`t shoot straight will cry "Socialism!".  But look we`ve been saddled with a "cheap food policy or abundant food policy" the past 50 years and the farmer has been the pigeon in that socialist scheme.  So maybe now we push to turn the tables?   I guarantee we won`t get it if we don`t ask and maybe the country is too far "urban" and it`s already too late.  Last one to leave, please shut off the lights.

I don`t care how wonderful you guys say the Chinese generals are and how incompetent you say the American generals are,  The Korean War and Vietnam War would`ve only lasted a week had we chosen to take our gloves off, instead of pussyfooting around for years and decades. 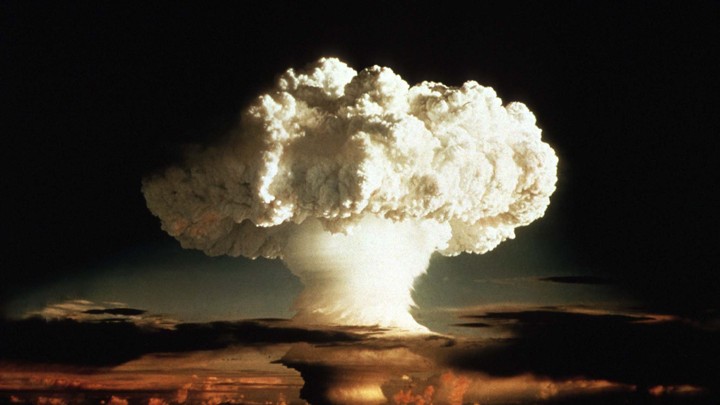 i agree. The politicians handcuffed the generals by being politically correct. vietnam was not a war but police action.